Is It Worth Buying a Fanless PC?

by guest
in All In One 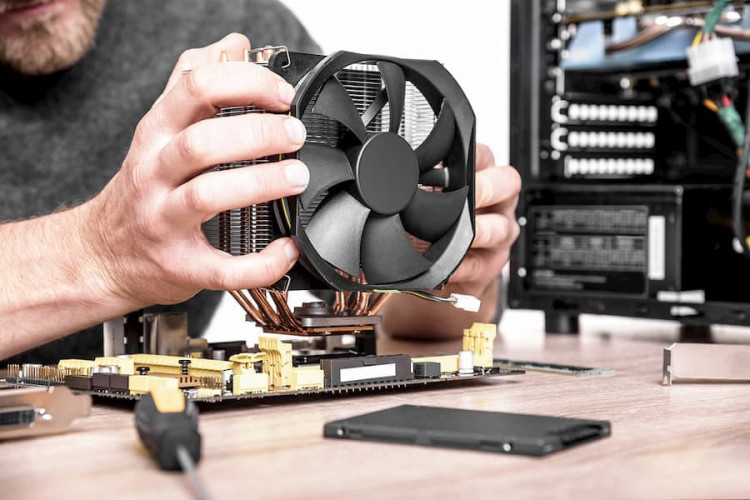 Traditional fan-cooled PCs have been around for decades, and there is no doubt they serve their purpose — to prevent your PC from overheating — pretty well. However, the constant rise in the sale of fanless PCs in the last few years has prompted experts to talk about the impact they’re having in the market.

If you’re planning to purchase a new system, should you opt for a fanless PC? In this post, we outline the benefits over a traditional fan-cooled PC.

A Fanless PC Is Quieter Than Your Standard PC

The last time you played a graphic-intensive game or ran a memory-intensive program on your computer, you probably heard the whirring sound of your PC’s fans after some time. Most fan-cooled PCs generate heat whenever you run software or a game that takes up a lot of memory and exhausts your computer’s resources.

Pre-installed fans in the system work by spinning fast to cool down the internal components and prevent any damage. During this process, the noise can be frustrating, especially if you’re in the middle of writing an important document or a task that requires silence. There’s also something disconcerting about a loud fan sound, especially if it’s something that happens regularly.

Fanless computers, on the other hand, don’t consume as much power as their traditional counterparts. The moment they get hot, their performance is throttled, which eliminates the need for fan-cooling. Though this can pose a problem for users who tend to regularly run massive programs and games on their computers, for those who do basic internet browsing and computing tasks, a fanless PC might be the better choice.

A Fanless PC Fits Well in Any Space

Technology means that manufacturers can squeeze increased power into much smaller computer units — great if you have limited space at your home or workplace and cannot accommodate a much larger PC. Fanless PCs are traditionally fairly small. Because they don’t need additional space for fans, they are compact, light, and small enough to fit efficiently in any space. If space is a concern — or you just don’t want a large PC to become an eyesore — a fanless PC is the ideal choice.

A Fanless PC Performs Well in the Long Run

One of the main issues with fan-cooled PCs is that when they draw air in to keep the components cool, a lot of dust also goes inside. In the long run, this can potentially affect the performance of your system and slow it down. With a fan-cooled PC, the cooling mechanism is crucial to keep your machine working effectively, but every fan whir could be one step closer to your machine being on its way out.

With a fanless PC, however, there is no fan, so you don’t have to worry about the dust or the impact it could be having on your machine’s long-term performance.

Besides, repair costs play a significant role in maintenance when you have a fan-cooled PC. If your PC is cooled by a single fan and this breaks, there’s no way for your computer to regulate its temperature. The result is that it will overheat, which could do irreversible damage. If your PC has multiple fans — which is common in larger set-ups — there’s a chance that any one of these could eventually stop working. If this happens and you don’t immediately get it repaired, it’ll affect the overall performance of your PC. Unfortunately, PC repairs are seldom cheap, so you could end up significantly out of pocket. With a fanless PC, you don’t have to worry about such expenses.

A fanless PC won’t necessarily be the right option for you if you strain your PC’s memory stores on a regular basis. If, however, you’re looking for a durable, low-maintenance and budget-friendly machine that allows for browsing, word processing and the occasional game or spot of photo editing, a fanless PC is a worthwhile consideration.