by guest
in All In One 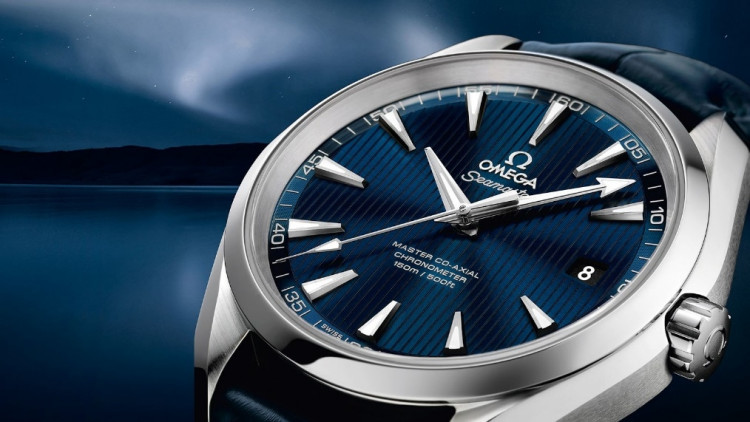 Watches had been considered the most promising part of personality two decades back. The technological evaluation lowered down the importance and necessity of a watch. Still, good bread classy gentleman understands the importance and value of a true branded watch. They believe in the old saying “You are what you wear”. If you hang out with some power players around or want to impress the ladies, you must grab the finest piece of a wristwatch.

When we talk about expensive men’s wrist watches, you cannot exclude Omega watches. We have seen a close battle between the two biggest giant of wrist watches world Omega and Rolex.

Omega is one of the pioneers of expensive wristwatches world and is rich in watchmaking history. You might have been watching James Bond 007 films wearing the lead protagonist wearing an Omega wristwatch?

If you are desired to purchase the best Omega watch but have no experience in hand, we are here with a detailed guide of Best Omega wrist watches. 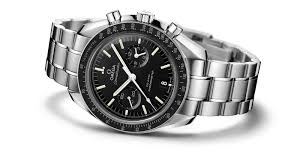 This watch has a perfect legendary story about the space mission program launched back in 1961. Through the years, the design and features have been renovated. The key features of this watch are black dial what covers with a hesalite crystal.

The heart and the soul of the watch is its mechanical caliber in 1861. This was the watch what carried by the Astronauts on NASA famous space mission.

This Speedmaster Moonwatch comes in different types, strap or bracelet; you can have either of the design for you. This comes with the integrated tool what changes the straps and one can easily change the straps as per the desire. 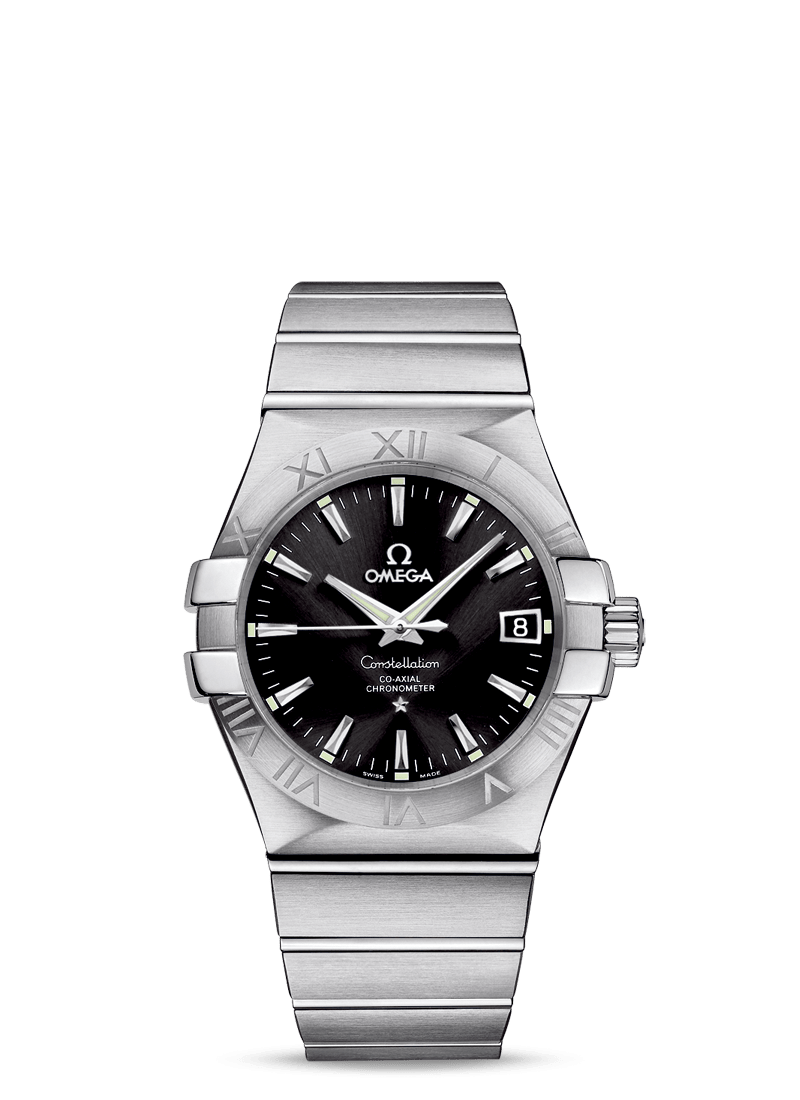 This is another of Omega’s best production. The constellation series originally came into existence in 1952 but due to some conflict, the name could not be used in the United States of America and the conflict was resolved in 1956.

This is Omega’s best offering, and the brand put special attention to the overall design and built. If you could see the older design, you would not view the claws at 3 and 9 o’clock.

Later on, various brand tried to copy the claws, but they never knew originally, Omega managed to make the watch waterproof; the claws are not just a showpiece.

As I mentioned Omega never stop innovative the products positively and always looked for perfection. In 2007 as well, Omega’s built Co-Axial Caliber gave the watches a new boost. They were the epitome of proficiency and chronometric achievement due to the smallest level of friction in the escapement released. 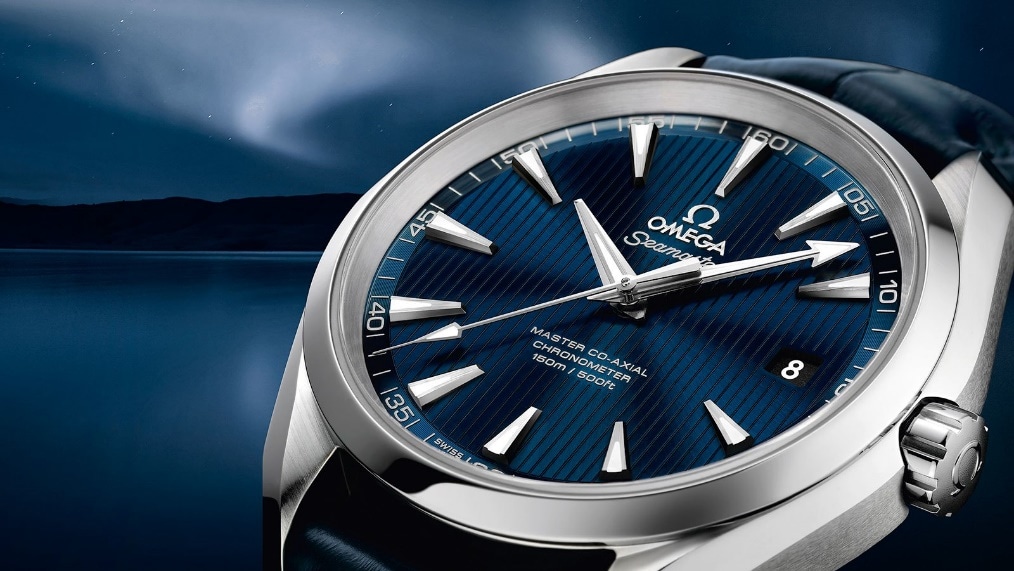 If you want to grab a sober looking Omega wristwatch, Omega Seamaster Aqua Terra would be the nice option for you. The clean and noticeable look of the watch possesses a look of artistic wooden deck found on the luxury sailboats.

The watch houses a silver dial finished with a pattern of the teak concept. In dark blue, you see the 18k gold second hand, hour and minutes hand.

The Swiss brand not only ensures an aesthetic look of this front-runner but manages to offer seamless services in resisting the magnetic fields greater than 15000. 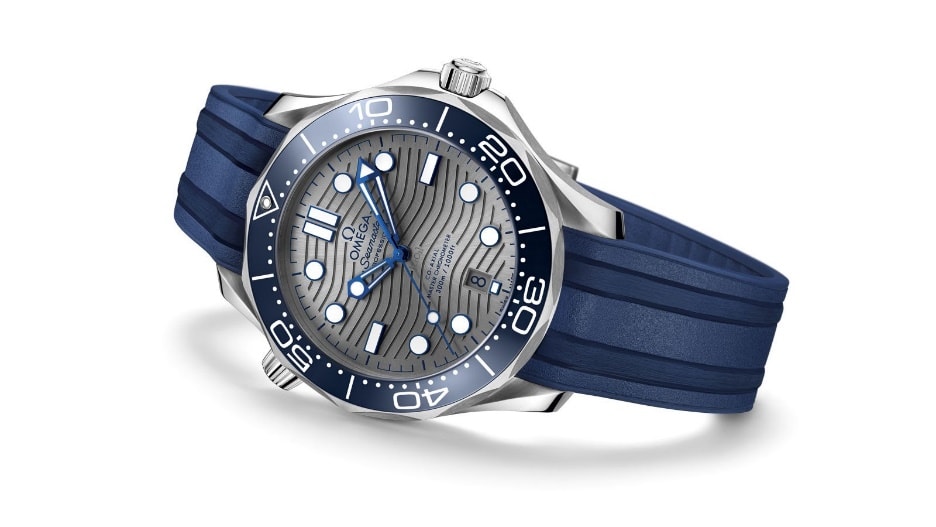 Are you a great fan of the James Bond series? And had been following the 007 from the first episode? You might have watched him wearing Rolex watches. In 1995 Omega managed to trade with the producer and convinced them about Omega watches. In 2006 the sales of the Omega Seamaster Diver 300m were touching the high-skies.

This is until now Omega’s one of the most sold watches? There are various reasons. This watch is known for its water resistance properties, uni-directional rotating bezel, and screw-down crown feature.

The first Omega watch designed for deep dives was launched in 1932, and it was known with the name marine. During these times, Omega accompanied many famed Divers during their dives exploring their underwater journey. During the dives, the Omega managed to convince the famous divers to wear the watches so to record the distance of waterproofing of the designed product. 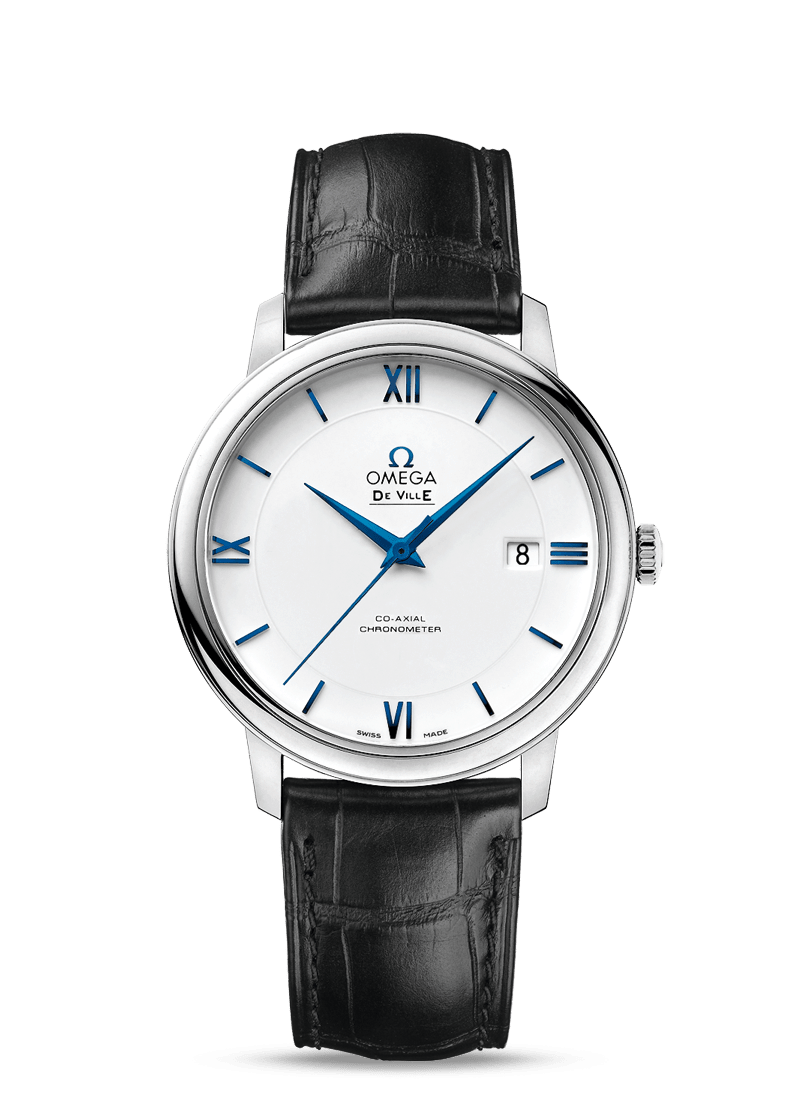 You don’t like watches? But, at a point in life, it becomes imperative to wear a watch just to give a boost to the overall look. Omega De Ville Prestige has been designed to lure people to wear watches occasionally.

This is the time-honored selection of the watch, which ensures the purity, classic styling and luxurious appearance to blend into the fashion.

The Caliber 2500 with Co-Axial movement is known as the heart and soul of the collection what showcases the historical importance of its quality.