by Abhishek
in Deals, News 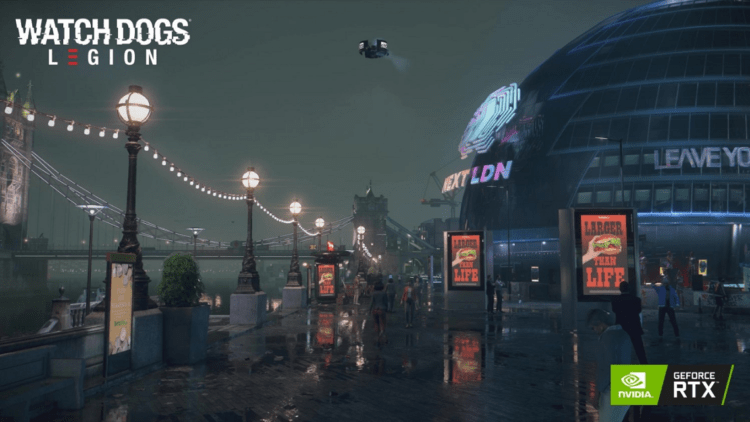 Nvidia recently launched the most awaited Nvidia 30 series graphic cards. Nvidia with this edition just thrashed the competition to even its own 20 series cards. They launched these cards with new Nvidia Ampere technology based on the 8nm fabrication process by Samsung. Now the pre-orders are open, Nvidia announced a bundle pack, you will get Watch Dogs Legion free on purchase of Nvidia RTX 30 series graphic cards.

The offer is available only at certain retailers. So make sure to buy only at those retailers where the offer is available. Recently, AMD also revealed the same offer for their 3000 series CPUs. They were giving away the Assassins Creed Valhalla and earlier Horizon Zero Dawn with 3rd gen CPUs.

Nvidia launched these GPU’s at great price. Even the 3070 was priced half of last years 2080TI and giving better performance than 2080TI. Lots of users were furious over it on social media. Feels sad for those who bought the 20 series GPU’s just before the launch.

But there is one thing to notice even if you have 20 series GPU. Also, you only do 1080P gaming there shouldn’t be any necessity for the 30 series GPUs. But if you go beyond that like 4K and even 8K Nvidia 30 series just wins it all.

So getting back to Watch Dogs Legion free this one is latest installment in the popular Watch Dogs series by Ubisoft. Recently, in Ubisoft Forward they revealed the Aiden Pierce popular protagnist from this series and you can play using his character. The game looks promising and if you want to get the hands on this might be best offer for you.

If you are going to buy the Nvidia 30 series GPU then buy it from Nvidia listed retailers. Visit Nvidia RTX Bundle page to know the retailers. It will show you the retailers list as per your country. Here is the trailer of the Watch Dogs Legion on latest RTX cards.

Recently, news came out that these cards were out of stock in just seconds! Maybe Nvidia didn’t have enough stocks or maybe this is another marketing Technique. AS of now on the Nvidia site, 3080 is out of stock and 3090, 3070 will be available on September 24th, October 15th respectively.

Note: The offer is available only from September 17th 2020 to October 29th.