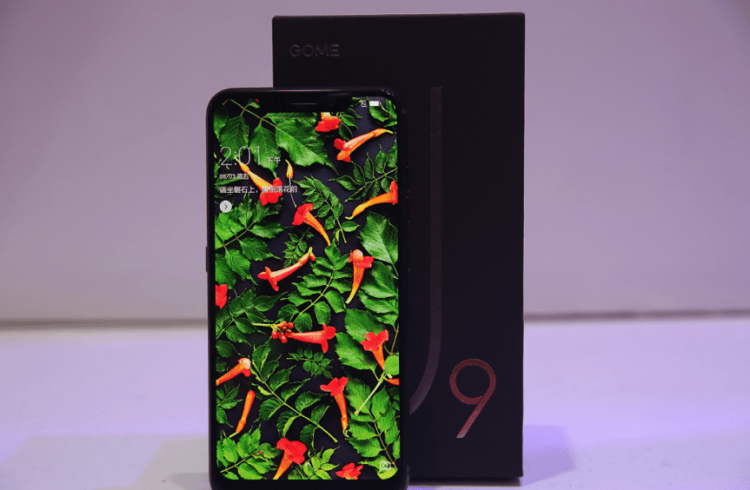 At China Joy Exhibition in Shanghai, Gome company officially released its newly produced triple biometric mobile phone named Gome U9. The device will be the flagship phone of Gome company.  It has two versions one is 6GB + 64 GB and the other is 6GB + 128GB. 6+64G version sold for Rs 18000 (approx), 6+128G version sold for Rs 20000 (approx). The mobile phones are started selling in official mall Open pre-sales on today. Gome U9 Comes with 6.18-inch screen size and with a ration of 19:9 full-screen with a glass body design (double sided) and 95% NTSC color gamut. It is said that the device uses the in-cell full-fit process combined with a narrow bezel design, which can effectively increase the screen ratio

The smart operating system GOME OS3.0 mainly based on Android 8.1 was highlighted in this launch. The Gome U9 with in-built GOME OS 3.0 Operating system has three biometric technologies inside it. These are the living face, dynamic voiceprint, and fingerprint scanner, that can provide a safe and secure user experience. A user can choose any biometric encryption option according to their different needs. The Gome U9 has a built-in 12MP dual rear camera, which has the artificial intelligence smart camera mode to identify scenes intelligently. The device has also a 16MP front facing camera which has portrait mode option such as face-lifting and many more.

The phone is powered by a MediaTek Helio P23 processor. It has a battery of 3160mAh. It comes with Type-C interface and 9V 2A fast charging charger.