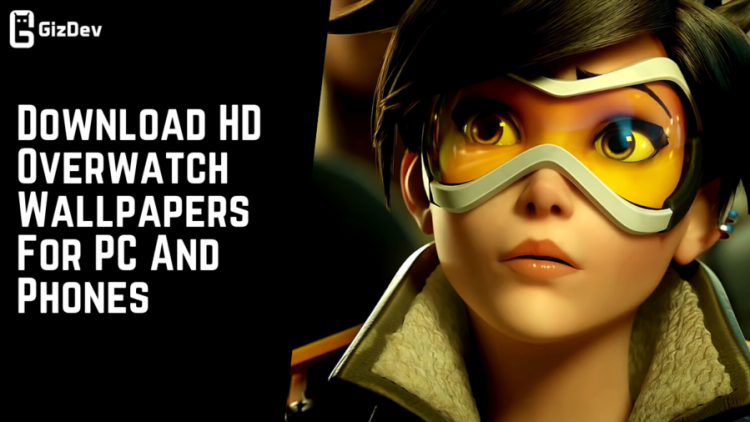 You must have played or at least heard of the Overwatch game. Stunning graphics and characters are favourite of almost everyone interested in this game. My personal favourite is Genji and you may like other ones too. So I have collected all overwatch characters wallpapers. These are HD Overwatch wallpapers are great to use on PC as well as on smartphones. Right now almost every smartphone comes with 1080p display so these Overwatch phone wallpapers will be best suited for you guys. I’m gonna arrange the list as per the characters so you can download the any of the character wallpapers.

Overwatch was my favourite one alongside with other games. I didn’t play the Overwatch much as I did others but still it’s in my favourite games list. I was into first-person shooter games so I immediately liked this game. Those of you who don’t know about the game, it’s a team-based game by Blizzard Entertainment. It is now available to all the platforms like Xbox, PS4 and PC. I really loved its stunning graphics, So I thought Overwatch wallpapers for PC or mobile will look great and stunning. So here are my few picks of HD overwatch wallpapers for PC and Mobiles. So let’s check out the all overwatch characters wallpapers. Here get some Cyberpunk 2077 wallpapers.

This one is my favourite character. An offensive warrior with the cool AF armour and a Japanese ninja sword make it even better. He has some weapons like Stars and katana. He has abilities like as far as I remember was a deflection and something like Swift strike. Developers really made this character a really cool one and badass. So here are some Genji Wallpapers. You can Genji wallpapers from a single ZIP which has 10 wallpapers. Checkout below screenshots. This one will be the best overwatch phone wallpapers.

Our next wallpaper character is Hanzo. The guy with bow and arrow which is a veteran type hero with that type of weapon and attire. But you can call him as a modern-day bow and arrow user guy. He has arrows with Sonic arrow, Strom arrow, scatter and dragon strike. So if you like this guy just hit the download button to download the zip file. Don’t forget to check the screenshots to get the visual references.

Here is next up my bae D.va :D. She looks pretty and is badass. The real name is Hana and her role is the role of a tank. She uses a gun and a mech. Its kinda good, D.Va have really good abilities like Canon, the light guns, defence matrix too. Also, the self destruct ability is good to have one when playing with the team. So if you wanna downlaod D.va HD Overwatch wallpapers for PC then download the zip below and don’t forget to check out the screenshots.

Next up on the list is Tracer, an offensive character. Her real name is Lena Oxton. She uses a badass twin-gun as her weapon. I was good with that twin-gun sometimes. The dual gun makes her able pulse pistols, blink, recall and last one is pulse bomb. So if you want to get the wallpapers here are screenshots and also the ZIP file. There are 10 wallpapers in the ZIP file.

The next is on the list is the Mercy. As the name suggests though she looks like an angel…:D. Okay not gonna say again she’s bae or something. The real name of this lady is Angela Ziegler who helps other characters for healing and strengthening that’s what we call mercy right. So if you want to download the Mercy HD Overwatch wallpapers check out the screenshots and downlaod the ZIP File which has 8 wallpapers.

Okay guys, here’s a hacker in this game. An offensive player with higher difficulty. Her weapons are guns and hacks. She can do EMP, hacks and use machine pistol. Also, shes has stealth and translocator ability. So if you want to download the Sombra All Overwatch characters wallpapers check out the screenshots and downlaod the ZIP File which has 5 wallpapers.

This one is a sharpshooter with a big sniper. She’s a combo character. Her shooting darts heals the teammates and damages the enemies. It’s great right? She can also throw some sleep darts and biotic grenade. So if you want to download the Ana All Overwatch characters wallpapers check out the screenshots and downlaod the ZIP File which has 5 wallpapers.

As the name suggests this guy is brutal damager. He has some massive damage giving abilities and he’s the hero of the damage giving ability. He’s got some signature moves like reaping, damage with some cool hellfire shotguns, wraith form, shadow step, death blossom. In the ZIP file total of 11 wallpapers of this character. Just check out the screenshots a downlaod the wallpapers ZIP File.

He’s kinda high damage resistance force. So if you wanna damage him you gonna have to think twice. The signature moves like steadfast, barrier field, rocket hammer, fire strike etc. So here are full HD wallpapers of Reinhardt. You can download the wallpapers from the ZIP below and check the screenshots.

A heavy gunner with a rocket launcher makes her a badass character. She can damage the enemies with that heavy gun and rocket launcher combo. So the HD wallpapers of the Pharah are available you can downlaod the ZIP File from below links.

Get the Specific Overwatch Phone Wallpapers