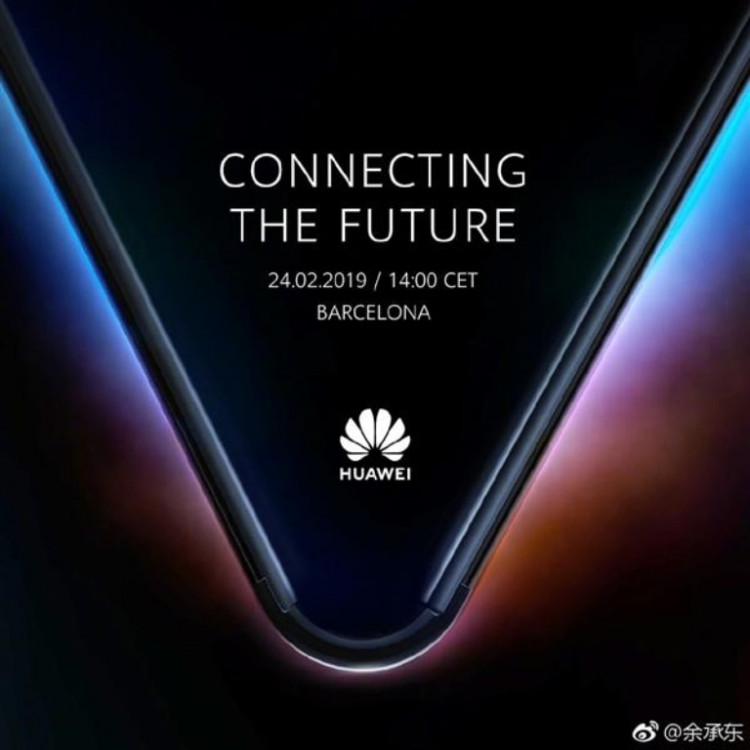 Just before the Mobile World Congress 2019 at Barcelona, Yu Chengdong announced earlier that the Barong 5000 baseband will not only be used in Huawei 5G CPE Pro, but also will use on Huawei mobile phones. Huawei will release the first commercial 5G foldable mobile phone at the upcoming MWC 2019 World Mobile Conference, equipped with its own Kirin 980 high performance AI chipset and world’s fastest 5G chip Baron 5000.

The official invitation sent by Huawei shows that the new machine is scheduled to be officially released at MWC 2019 at Barcelona World Mobile Conference at 14:00(GMT) on February 24, 2019 (21:00 Beijing time on February 24) .
There are still 3 days left from the conference. Today, Huawei terminals released a pre-heating video saying “Fold more possibilities, witness the miracle, countdown is just 3 days! February 24, Huawei MWC2019, lets meet at Barcelona, ​​Spain!”. Combined with Samsung Galaxy Fold, Huawei’s new 5G folding screen mobile phone is expected to adopt a foldable hinge in the middle of the fuselage, and the front cover is covered with a flexible screen, which can switch between the normal form and the “flat” form.

Not surprisingly, the EMUI system running on the phone will be completely redesigned, optimizing and adapting the folding screen, bringing a new human-computer interaction and experience.

At present, little is known about the naming and detailed configuration details of the android device. According to previous news, Huawei is likely to assign the new folding screen mobile phone to the Mate series.

At that time, Huawei will bring about new interactions and surprise innovations, and lets look forward to it together.