In the Shanghai conference, Oppo will launch a new product OPPO R17 and R17 Pro. The company is officially releasing the R series phones with the first Snapdragon 670 processor. The price is approximately Rs 35000 in Indian currency.

OPPO R17 With Snapdragon 670 Will Release on August 23rd 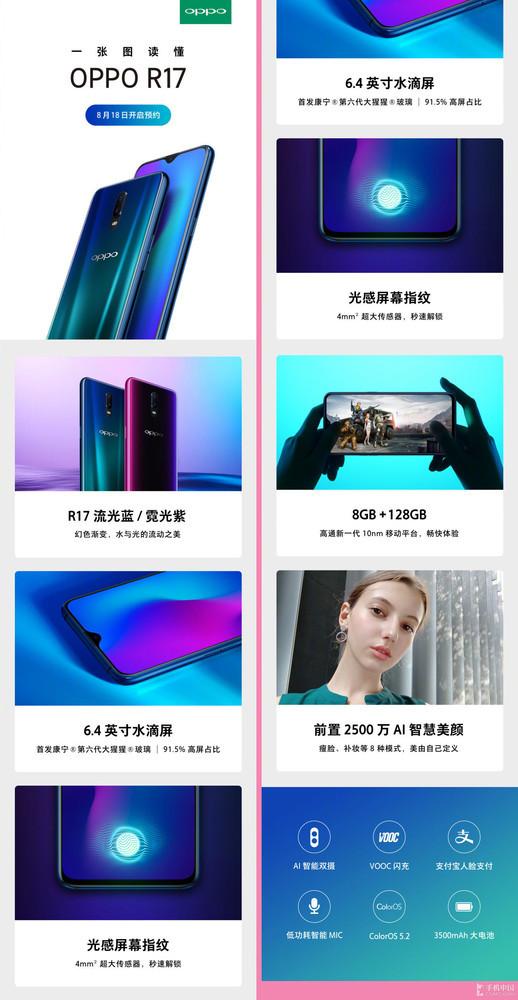 The phone will have a water drop screen and a screen size of 6.4 inches with a screen ratio of 91.5%. The device will also have Corning sixth generation Gorilla Glass. It will be the world’s first A smartphone with Corning’s 6th generation glass.

If we look into the configuration, the device is powered by Qualcomm Snapdragon 670 processor which will be the first time used processor by oppo company. equipped with 8GB of memory +128GB storage, front- mounted 25 million pixel camera, the battery capacity of 3500mAh, running Android-based deep customization of Color OS system.

The Phone will be officially released on August 30th.