The legendary Prince Of Persia Live Wallpaper is now available for Android devices. If you are veteran gamer you obviously known the Price of Persia series. It is the best selling series from the Ubisoft studios. Back then it was so much popular, everyone was playing the same game. The wallpaper is from the Prince Of Persia The Two Thrones game.

If you 90s kid, I bet you played this game for once. The gameplay, story and the graphics at that time was very decent. Most importantly the story and gameplay was really good. Ubisoft released four parts of this game. Forgotten sands, Sands Of time, Warrior Within, The Two thrones were those parts.

When I into PC gaming back in the days this was my facourite game. Everyone here was hyped for GTA vice city and we got the Prince Of Persia. Fistly I got to play the Tho Thrones Part. Prince turns into black prince and uses the time rewind knife. It was cool and very much interesting.

When I was kid, me and my friends had somewhat like competition who will complete the game first. We both stucked at Halena moster level for a month…yeah for a month. We defeated the Vizior but Halena were hard to beat for us that time. This is the same Prince Of Persia Live Wallpaper from two thrones starring black prince with dagger.

Special mention for Dahaka 😀 who can forget that monster. That was really awesome level and engaging at the same time. We literally feared the Dahaka while playing that mission. Still remember those times. Okay that’s enough for nostalgia let’s head towards the wallpaper.

There’s a talented freelance artist. The design he made are just brilliant. This one is also from him. Get to know more about him on this page. All credits goes to him. The artworks he made are great and awesome, don’t forget to visit his page once. So let’s download the Prince Of Persia Live Wallpaper now. 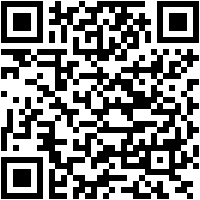 2.) Open the app and search for the live Wallpaper you want to set.

3.) Select it and set it as your lock screen or home screen wallpaper as per your choice.

If you love article, then please share it with other communities and forums. Don’t forget to join our telegram group for more wallpapers, Themes, Ringtones Update – Gizdev Telegram.