Realme 7 5G To Be Launched on 19 November, Realme V5 Rebrand 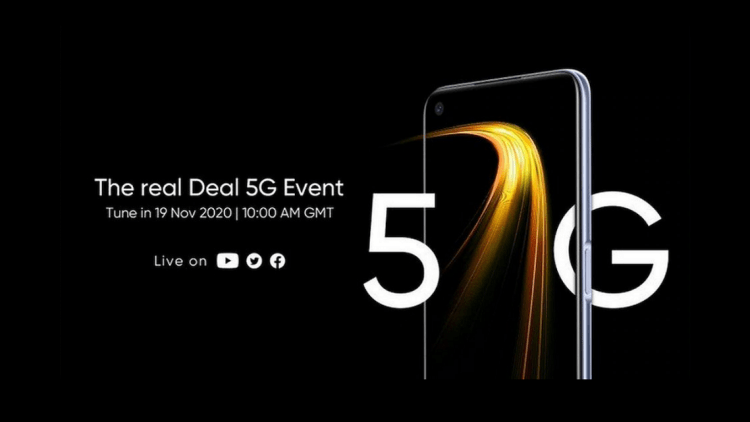 Realme is going to launch another smartphone soon. Realme 7 series was already launched and it was well sold. Now Realme 7 5G edition will be launched on 19th November 2020. The official poster is revealed now showing the launch date.

Expected to be a rebadged version of Realme V5. It comes with a 6.5 inch IPS LCD display with a 90hz refresh rate and 1080 X 2400 pixel resolution. It may come up with a new 5G enabled MediaTek dimensity 720 (7nm) chipset. Realme 7 5G based on Android 10 (Realme UI 1.0) and packs 128 GB of inbuilt storage and 6/8 GB of RAM. It has a Non-removable Li-Po 5000 mAh battery. It has 30W fast charge support. The sensor has a Fingerprint (rear-mounted), accelerometer, gyro, proximity, compass.

The Launch event will be live on 19th November, According to the recent leaks the expected prices are,

For more of such leaks and interesting stuff join our social media platforms. If you love the article, then please share it with other communities and forums. Don’t forget to join our telegram group for more wallpapers, Themes, Ringtones Update – Gizdev Telegram Channel.