Always the developers are working on anu thing. Recently, someone just booted Ubuntu touch on Redmi Note 7. Now some tech entusiastics ran the Windows 10 on Xiaomi MI 6!! Its really amazing to see that developers can go to last extent to test anything. I was amazed to see Ubuntu Touch on Redmi Note 7. This is also a amazing job to get Windows 10 X64 ARM in Xiaomi MI 6. Developers said, they have successfully flashed the Win10 ARM64 system into the Mi 6 mobile phone, and showed that Windows 10 selects the keyboard layout and starts the loading interface when loading the system. We know that Windows ARM version is not as par with the Windows RT but it can run EXE applications. 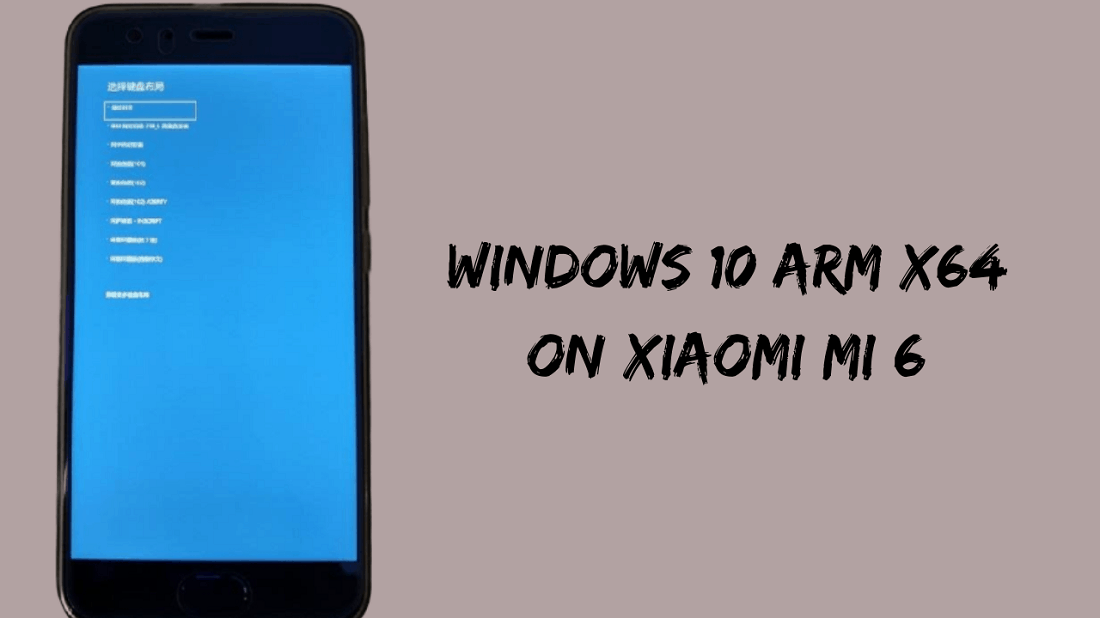 Earlier, Qualcomm showcases the Windows 10 Notebooks runing on the Snadragon 820 processor. They showed it can play world of tanks, play some 4k videos, running office 16 as efficient as it is running on Intel i3 processor. So considering Windows 10 ARM version can be used to run EXE files so most of the softwares are surely going to work on this too. This will be a huge in mobile industry. Getting back to old Windows smartphones :D.

All credits goes to the tech enthusiastics who worked on this make this possible. If this becomes more available and becomes a stable OS this can be a huge and surely we are gonna get the Windows Smartphones back again.