by akash
in All In One, Android, Apps, Downloads 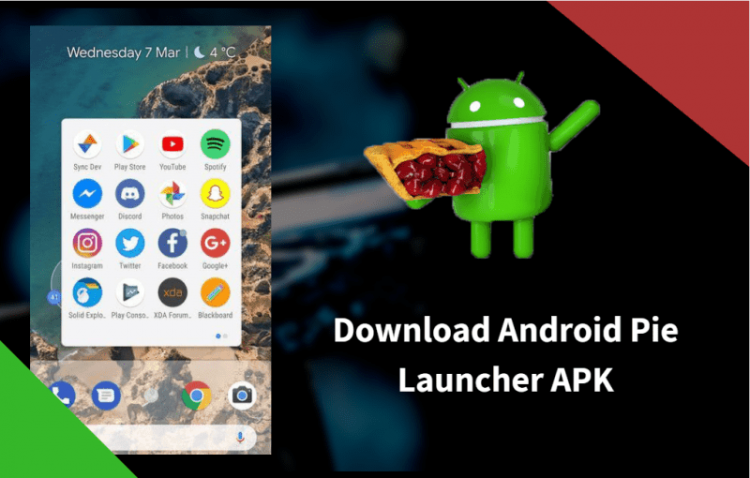 Google yesterday launched their latest Android version for the beta test programme. Google says this update as Android P. The first beta test preview builds of Android P are up for the Google Pixel devices. Yesterday we share Android Pie stock wallpapers in FHD Resolution if you want this then click here. After launching Android Pie developer community extract Android P ringtones, wallpapers also launcher for other Android devices. In this post, we share Android Pie Launcher APK for Any Android Device.

Android 9.0 Launcher ported out as a simple APK file. You can install it on any rooted or non-rooted device. Android P Pixel Launcher brings the latest user interface. You know that we always share all new wallpapers and themes as soon as possible on our websites. To help you we found and upload Android P Launcher APK in Gdrive. So let’s go to the instruction and install Android Pie Launcher APK on Any Android Device.

This APK is ported from Pixel 2 of a beta preview of Android P. Download and install it as a normal APK. If you already installed any nexus, pixel or any launcher then you have to uninstall it first. Then install Android 9.0 Launcher as the following guide.

That is, you can now enjoy Android 9.0 Launcher On Android device without root.