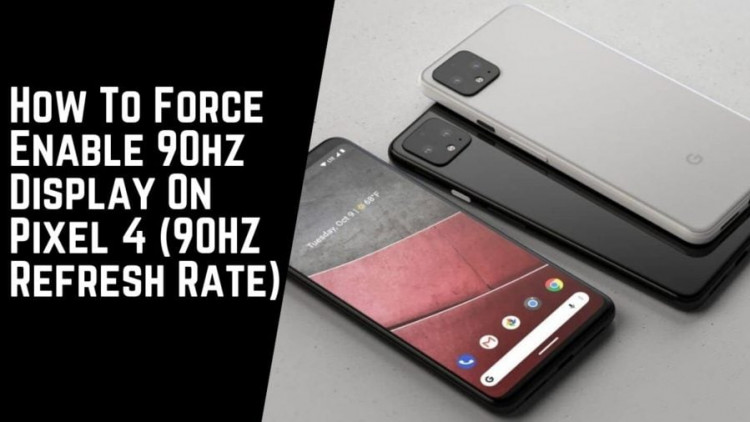 Pixel 4 series launched a few days ago, it was much in conflict for its 90Hz refresh display. Because the Pixel 4 is switching the 90hz display to normal mode according to the usage of the user. The display is brilliant there is no problem but some users were saying about the 90hz display not available on all apps. The mode just changes automatically to lower when not using specific apps. Google said it is for saving the battery. But if you want to use Enable 90hz display on Pixel 4 forcefully you can do it by using an easy trick from developer options.

This year’s Pixel 4 was in too much hype mostly for its cameras and other things that Google was promising from its trailers. But most of the users are not satisfied with the device. this device comes with the absence of an ultrawide camera which is really a deal-breaking factor because if you are buying a $999 phone it should have these types of features. Even the most expensive shit iPhone 11 Pro has an ultrawide camera. Also, there is no option for 4K 60FPS video recording even budget devices are including this feature nowadays. Google said, most of the users don’t use the 4k 60FPS it just makes the video size larger. Some people even reported that Pixel 4 users will not get unlimited photo storage on Google Photos, unlike previous Pixel users. If this is true its really shame.

Recommended For You: Download Latest Ported Google Camera For OnePlus 7 And 7 Pro

I am not criticizing Google Pixel 4, yeah it has a good screen, new radar thing which I really don’t get the point. The new astrophotography mode which is great and the best I felt the software experience the UI, Assistant merger in the UI is just amazing. The UI is simple and intuitive. Also, the complaining factor is the battery the bigger version has the3700mAh is acceptable. But the lower version which 64gb storage and battery are only 2800mAh!! Moving towards the original post now!!

Here’s how you can enable 90hz display on pixel 4 which is really great looking just by simple tricks by using developer options. Follow the steps below one by one.

1.) First, you need to enable the developer options.

2.) Go to Settings–>Search for Build Number–>Tap 7 times on build number.

3.) Tap on the build number until you see ”You are developer”.

6.) Enable it by toggling the option.