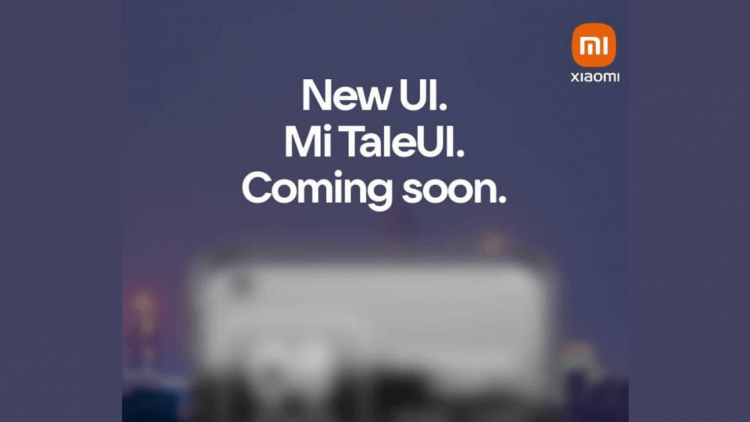 One of the widely popular custom user interfaces is Xiaomi’s MIUI. Though there have been some issues because of UI ads. But still, the MIUI is going well as of now. But then news surfacing right now is a little bit strange. Xiaomi may say Goodbye to the almost decade-old MIUI. Xiaomi is planning to replace MIUI with TaleUI.

We know already the MIUI 12.5 is already out. It is the most recent version of the MIUI. But at this time Xiaomi may have announced their MIUI 12. But there is no news about the MIUI 13 and is likely to be replaced. The new UI is named as TaleUI. The images of the TaleUI is not out yet. The blurred picture of the TaleUI with logo is available as of now.

There’s no doubt the decade old MIUI is still loved by normal users. If you can see in the image below the image is blurred. We can expect some tiles based UI in the new TaleUI. If you remember the Windows UI its a tile based, it might be implemented in the new Xiaomi’s TaleUI.

There’s not much information or leaks right now. The leak appeared on Weibo recently. Also, the poster itself says, the new TaleUI will be first available for the flagship MI 11 series. Later it will come to other devices as per Xiaomi announcements. So, we can expect some big changes, replace MIUI with TaleUI.

Stay tuned for more updates, If you like this type of latest news, please share it with other communities and forums. Don’t forget to join our telegram group for more wallpapers, Themes, Ringtones Update – https://getdev.me/telegramdev