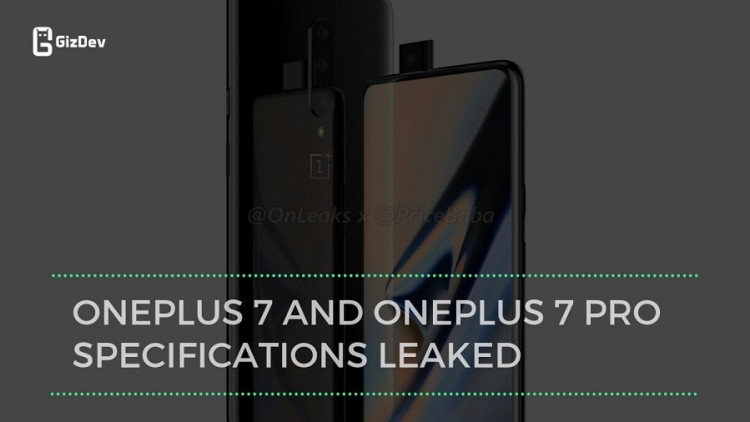 Check Out: Huawei P30 Series Mobile Phone Will Be Release On 26th March,2019

Unlike before this time OnePlus launching two devices the OnePlus 7 and other is OnePlus 7 Pro. We may expect the pricing obviously above the OnePlus 6 and 6T. So let’s get to know the specifications.

OnePlus 7 coming up with dual camera setup and with more battery. The warp charge is going to support the 4150mAh battery in the 7 version. On the other hand the 7 Pro comes with Pop Up camera with slightly smaller i.e. 4000mAh battery and a massive 10GB of RAM. Checkout below images for detailed specifications. 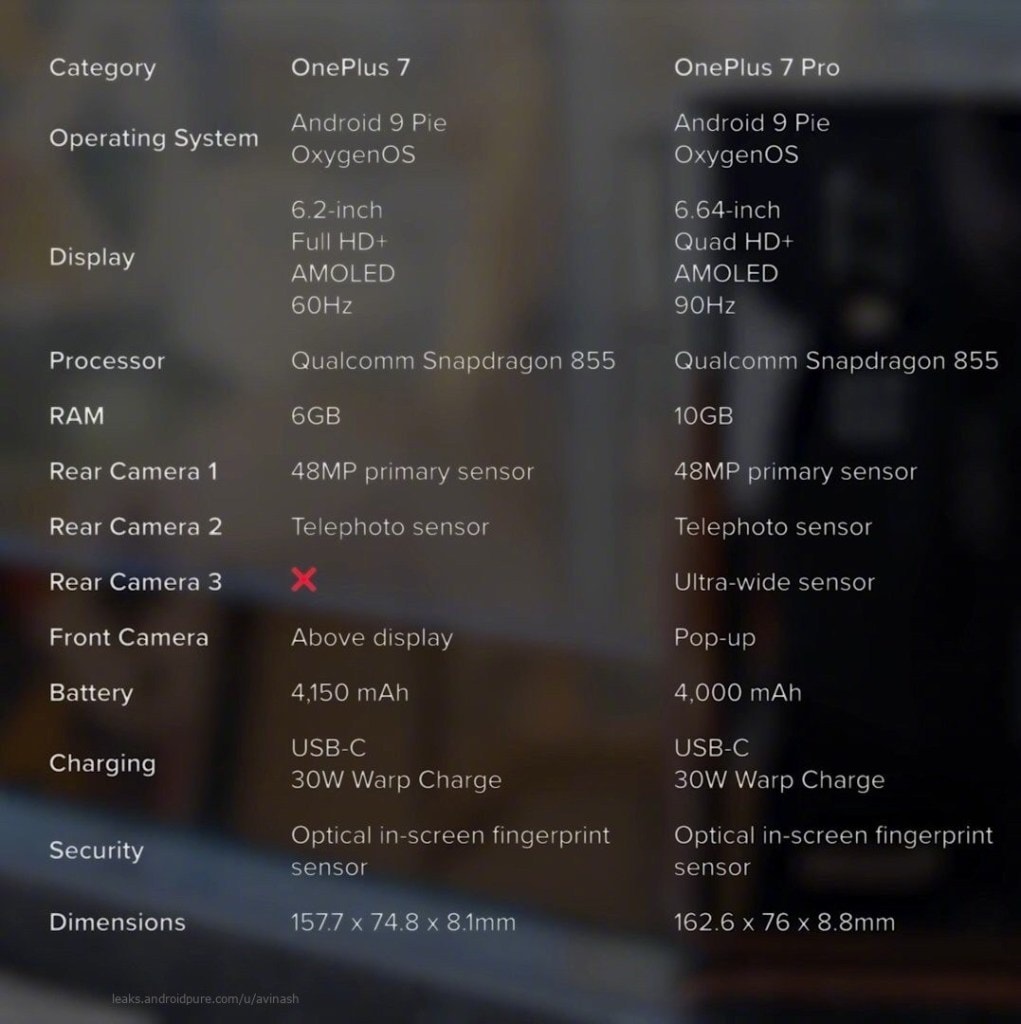 As like before both the devices will have AMOLED display and obviously will be equipped with latest Snapdragon 855 SOC. The main 48MP camera may be Sony IMX586 sensor. The pro version will have ultra wide angle lens.