How To Get Pixel 4 Motion Sense For Android Pie, 10 Based Devices 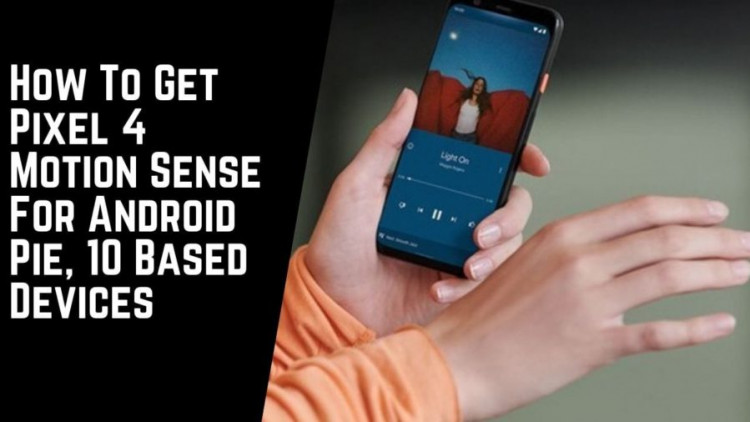 The Pixel 4 launched this year, though most of the reviewers and tech enthusiasts disliked the Pixel 4. Some others already complained about the lag on Pixel 4. But the feature Google showcased during the launch was the SOLI Radar feature which is said to be exclusive for Google Pixel 4. But the devs are already ported some of the apps from Pixel 4 to Android Pie and Android 10 devices.  One of my friends used apps like Spotify, Apple music etc which are ported from Pixel 4 on it Poco F1 using the IR sensor!! On the other devices, it uses the Proximity sensor.  So here’s how To Get Pixel 4 Motion Sense For Android Pie, 10 Based Devices.

Do you remember old mobiles like Symbian Nokia or at least in my country Lava mobiles which were introducing hand gesture controls? Though it was too much buggy and were not even working sometimes. This time Pixel 4 introduced a SOLI radar that can detect the hand gesture. You can use music apps and by using SOLI radar you can change tracks, pause etc just by waving your hand above the phone towards the right or hold according to functions. Also, Google said that the motion sense will detect the person if sitting and about to unlock a phone this way the phone will unlock for you. It saves battery also if you forgot to lock the phone it will automatically lock the phone when you are not around.

So devs ported some of the apps in which the Pixel 4 motion sense for Android Pie and Android 10 I used. Some of the apps are listed below you can download them from below links and try it by yourself. Me too gonna try this mod now, so I thought I’ll share it first with you guys.

No need for basic knowledge to it’s just installing an APK simple as that. ALL CREDITS GOES TO THE LIRAJ747 DEVELOPER FOR THIS AWESOME WORK!!

How To Install Pixel 4 Motion Sense For Android:

2.) Now install the above APK’s (whichever you require).

[Installed APP is the app you installed from the above links, they are just addons]

Done, now you can control the music with force!! Just swipe your hand near the proximity sensor for the next track and hold your hand near proximity to go to the previous song!! Cool right? If you have any problem installing these you can comment below in the comment box or message us on our Facebook Page!! Happy Diwali!!