by akash
in Android, Apps, Featured 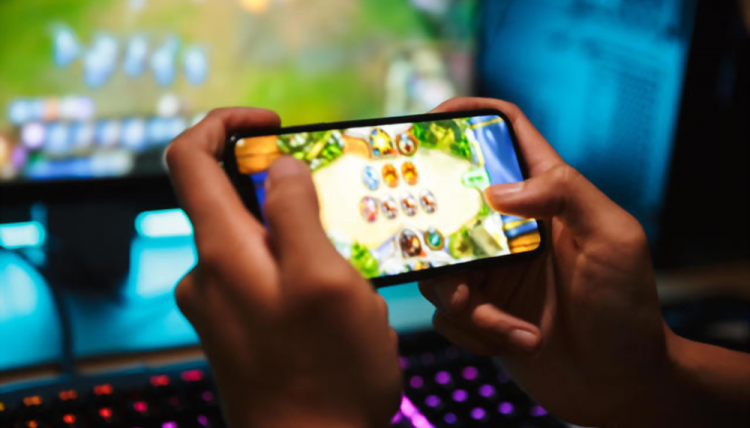 Now the Mobile device is one of the best parts in our daily life. To spend time most of the mobile users playing games on mobile. Now the mobile games industry are growing too fast all over the World. Three years back ‘Tencent’ launched PUBG mobile this game change the hole mobile game industry. Nowadays PUBG mobile is the most popular game in the world. Now many new good games are coming up for Android device. Here we share all those new upcoming Android Games with some description.

Mobile games will also use the latest technology to provide gamers around the world with an extraordinary experience. Many mobile users have started making money with the gaming industry using smartphones. Professional gamers and amateurs can expect a surge in mobile games coming in 2020.

You can also play mobile games if you want to spend time at home. Now almost everyone loves to play mobile games and in this post, we will share the top latest upcoming Android Games in 2020. If you haven’t played racing, simulation or adventure games yet, the upcoming Android games will surely delight you. So, to help you download a few really good ones this year, here are the upcoming android games that have been rated as best play store games for the year 2020.

Apex Legends is one of the best PC game in 2019 that comes for an Android device. This game featuring war and strategic planning and skills like PC and console version. Also, this game comes with excellent graphics and new challenges according to the rumour. We sure Apex Legends will hit on the mobile platform and add a name in the top list in the RPG battle strategy category, including Fortnite and PUBG.

Currently, Dauntless is free and is a role-playing game that can be used on PC, PlayStation 4, Xbox One and Nintendo Switch on the following platforms. According to the developers, the mobile version of the game Dauntless is still in the initial stage of the concept, so there is no exact release schedule. The game requires players to play the role of a killer and eventually shoot down monsters called behemoths. Players can start this hunting mission as a lone player, or seek to team up with up to three more butchers. Every time you kill, the player will successfully obtain crafting materials, which can be used to make complex weapons, so that players can face more terrifying and powerful monsters. With its fascinating storyline and exciting visual effects, Dauntless is expected to become one of the top Android games. Dauntless on Android is likely to be similar to the Dauntless version on consoles and PCs and requires a reliable and continuous Internet connection. And, it will be free, so everyone can use it.

Forza Street is another creation by Microsoft in the Forza series. If you like high-stakes racing, then this is your game.

It is a racing game that has been played on the Windows 10 device under the name of Miami Street and will be launched on Android this year in the form of Forza Street. It’s free. The goal is to participate in a series of activities and win them to earn as many points as possible, players can use these points to upgrade existing Cars or buy new cars.

Minecraft is one of the best game since we know about games, more or less everyone plays this game on PC, Xbox, Playstation and more. After a long time now Minecraft is coming for Android Mobile device. Minecraft Earth is coming soon as the most anticipated Android game of 2020.

According to the website’s data, the game allows players to join forces and build structures that can be placed in the real world at real size through AR technology. Players can also choose to breed mob variants and use them to live in their own buildings. In addition, unlike the PC and console versions, Minecraft is a free game that allows you to purchase in-app products.

For a long time, there have been rumours that the game has become a mobile game. League of Legends: The Wild Rift brings the fast-paced PVP action strategy of LoL PC games to mobile phones and game consoles! Compared with PC, it has the same 5v5 MOBA gameplay. Some adjustments are required due to the mobile-friendly version. In addition, the game’s playing time should be reduced to about 15 to 20 minutes to make it more mobile. Wild Rift is one of the most exciting and anticipated upcoming Android games because it belongs to the League of Legends, which is one of the most popular games in the world.

Eve: Echoes is one of the upcoming Android games. The game is based on the popular MMO in CCP games. The game will bring players a universe to fall in love with and explore. In addition, it also has exciting space battles, players have the opportunity to form a monopoly and steal from other players. It brings players an exciting sandbox experience. Eve: Echoes is expected to be released sometime in 2020.

If you like those upcoming game list, please share it with other communities and forums. Don’t forget to join our telegram group for more wallpapers, Themes, Ringtones Update – https://getdev.me/telegramdev.