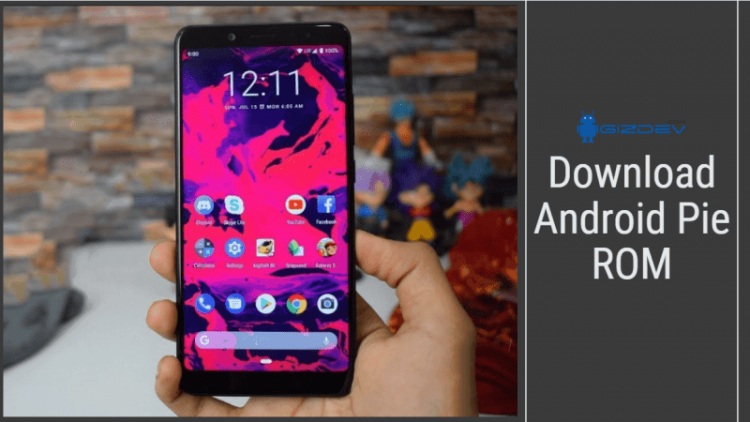 Some month ago Google launched Android P with Pixel devices. After many beta test some days ago Google officially named the Android as Android Pie. Already in the forum, you can find a lot of Android Pie ROM for Many android devices like OnePlus and many others. We come here with Android P ROM that supports lots of mid and high-end devices. Today we share a guide to download and install Android Pie ROM for Project Treble Devices.

This time Google announced Project Treble, that gives you to update your device software to latest android version. Many companies already started to roll out Android Pie update via OTA update. Essential has already share beta test ROM for PH-1. OnePlus has confirmed that they will release beta test for OnePlus Devices. Also, Sony and Huawei announce they will start to give Android Pie update from 31st August (rumoured). In the project list, you can get different types of smartphone name. Here Moto E5 device is already listed, It is expected that very soon Xiaomi, Nokia, Oppo and Vivo are also roll out updates with their new phone.

Don’t Miss: How To Flash TWRP with Odin on Samsung Galaxy devices

Is your device ready to update Android Pie ROM?

Here you can check your device is a support to install Android 9.0 ROM.

If you own any one of the phones mentioned above, then follow the link below to download Android Pie GSI for your device.

This custom ROM is now beta stage, so some of the bugs you can find in this ROM. But don’t worry probably everything gonna fix will next update. The developer already working on this project. Thanks to XDA Recognized Developer phhusson for your hard work.

Don’t Miss:
Google’s Project Fi Opening Up to Samsung, iPhone and OnePlus
Install Dolby Or Viper4Android On Android Without Root

That’s it now you can enjoy Android Pie GSI For Project Treble Devices. If you like our article the share it with your friends also don’t forget to hit like button on Developer “phhusson” profile.