by Abhishek
in Addons, Apps, Google 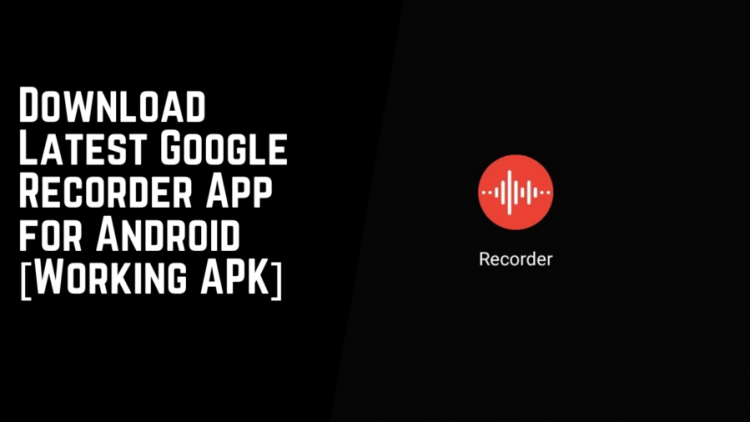 The Google Pixel 4 launched this year and it was not worth the hype after lots of reviews considered. But the software features are just awesome. One of them is Google Recorder App for Android. This is all new Google Recorder App for Pixel 4 and now it’s working on most of the Android devices. I’ll list the devices on which the app is working. This app is very different from the other recorder apps. The hearing speech feature is just good and really helpful when you need to record some lectures etc. Let’s get to know the features and download Google Recorder APK For Android.

The Google Recorder APK is now available to download. I liked the feature real-time transcriptions and audio search. It’s just really handed and great. It works great in noisy environments too so it’s really handy if you want notes of what’s getting recorded. Now the transcriptions can only convert to the US English language. Maybe there will be some problems with transcriptions too but you must try it. The Pixel devices already got the app and they can use it without any issue. If you still don’t have an app on Pixel you can download the latest version from below links.

Thanks to the XDA developer MISHAL RAHMAN for modifying this app to work on other devices. The Google Recorder app is not working with its full functions on devices. But primary functions such as Audio Transcriptions and Audio search is working. Check the below list to know which devices and OS the Google Recorder APK is working.

Compatibility As Of Now:

Works only on Android 9 Pie And Android 10 devices

In other words, the app will work on any devices with AOSP based ROMs on Android 9 and 10.

Sadly, on the MIUI 10 and MIUI 11, the app is not working. If you have any custom ROM based on AOSP on your Xiaomi device it will work for sure. Google locked this app to Pixel devices. Why should not they? Google Recorder is really good.

So for download, the two versions are available one is the official one. This one is a bit old version but real-time transcriptions and audio searches are working.

The other one is modded by the developer and will work on the devices as listed in the Compatibility section.