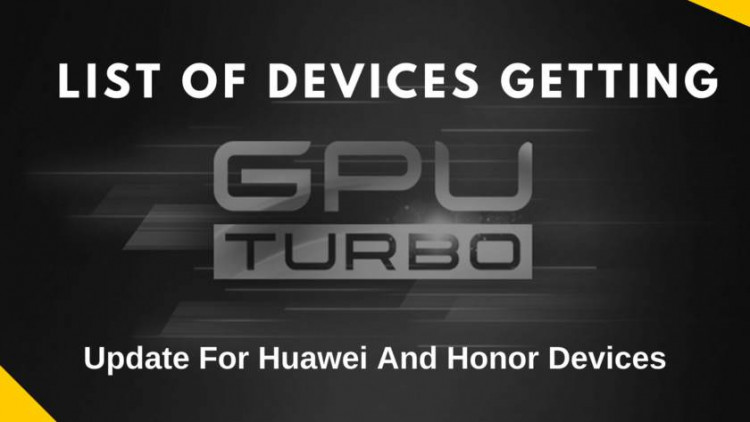 What Is GPU Turbo Update:

Maybe there are lots of questions coming into your mind. Like, What GPU turbo do exactly and how it will help to improve the performance. For those who don’t know here is some short information. Huawei after 5-6 years of research found a way to increase the GPU Power. Though it will not be on the hardware level as we cannot just swap the graphics chipset. So the improvement will be on the software level.

So What Exactly The GPU Turbo Do:

For measuring the performance of the game generally, it is measured in frames per second. So for each frame, the CPU and GPU need to generate the frames again and again. But as we see in the games like Asphalt the new frames are nearly identical to previous ones. This is where Huawei researchers did their work. They developed a new algorithm to tell the GPU what exactly new frames are needed to be rendered. So all the unnecessary frames are eliminated. Thereby decreasing the frame load time. Also, Huawei said that there will be a 30% battery use reduction too will be done.

We already posted the leaked photos devices getting GPU Turbo_Update. If you miss those post here is the full list. 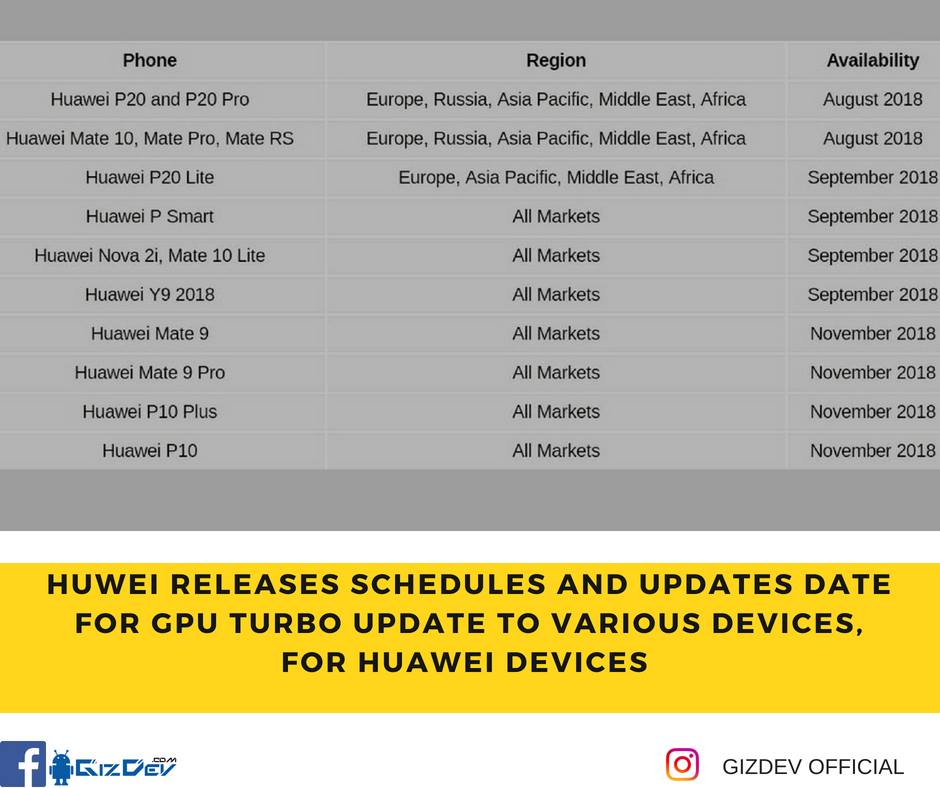 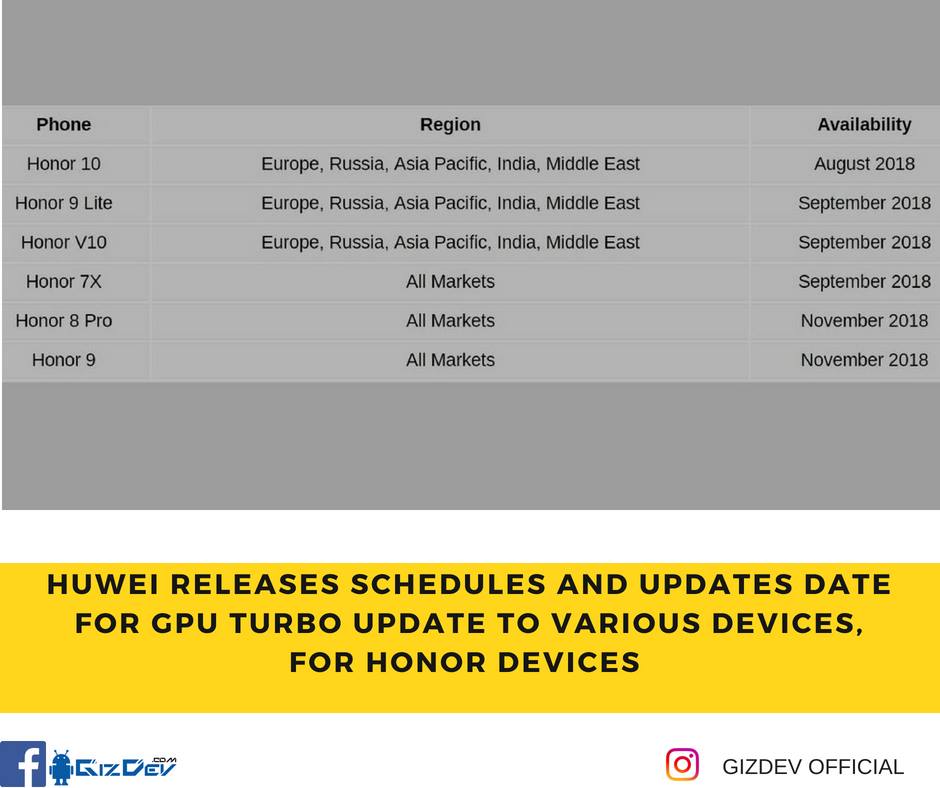 So these are the names of devices and the date of getting the update. These are for GPU Turbo Update For Honor and GPU Turbo For Huawei. Follow us on Our Facebook page for quick updates.