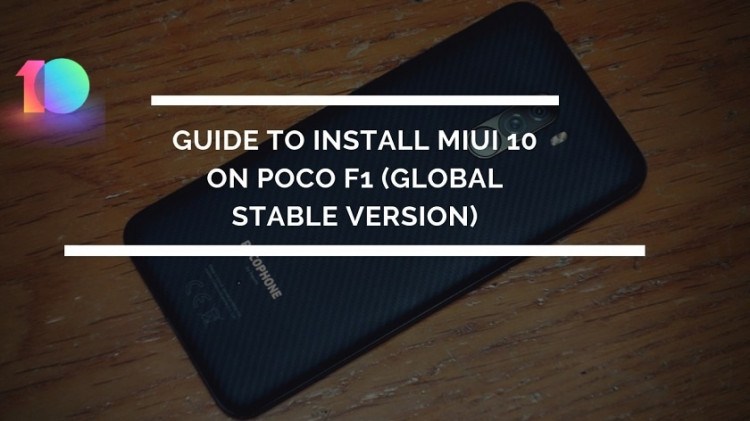 The all-new sub-brand of Chinese Giant mobile brand Xiaomi Poco has launched their first mobile. They named it as Xiaomi Poco F1. That weird name though but as you know all specifications of this smartphone and they are just crazy about the price. Poco F1 or PocoPhone F1 has redefined the mid-range smartphone competition. Just earlier Honor with Kirin 970 flagship processor was launched. Now Xiaomi Launched Poco with Snapdragon 845 processor at 20K (300$) price. Poco already said this device will get Android Pie and recent leaks revealed it will also get Android Q. MIUI 10 was on BETA since the device was launched. On the occasion of Diwali Poco released MIUI 10 global stable version for F1. MIUI 10 On Poco F1 still based on Oreo, pie based will be released later. We will update as soon as the update comes out. So follow this post to Install MIUI 10 On Poco F1 (Global Stable Version). Check out the review of PocoPhone F1.

Recommended For You: Download XiaomiPoco F1 Launcher For Any Android

The MIUI 10 for Poco F1 is still based on Android Oreo. Just UI upgrade is available. Though there are lots of features and bugs are fixed in this build. The BETA testers were reporting bugs continuously and now the stable version is rolled out. Though its MIUI it is never stable :D. The features like some minor Camera improvements, Some UI changes, Notification icons now appearing on the status bar. Some bugs in MIUI 9 were found and those are fixed in this version. MIUI 10 on Poco F1 gives a good performance. MIUI 10 for Poco F1 follow the steps below to install it. It’s a recovery ROM so your device should be NON-ROOTED and STOCK RECOVERY must be installed.

How To Install IR Camera On Poco F1, Get IR Effect