How To Convert Videos To 60FPS, Any Video Convert And Watch

by Abhishek
in How To, Tech, Tools 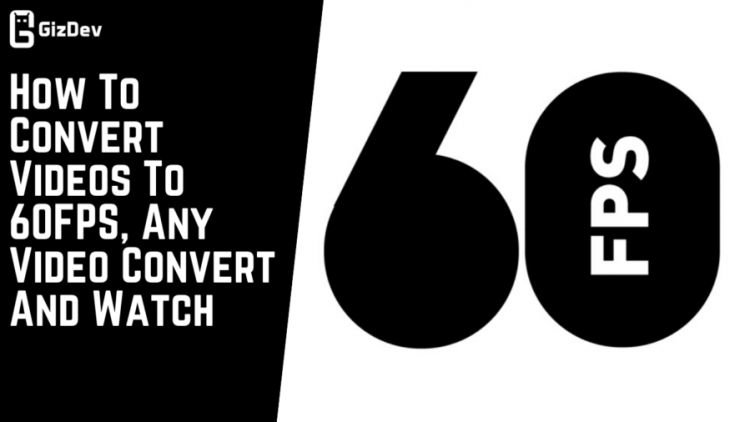 You may hear about the refresh rates in case of mobiles like 60hz, 120hz. In the videos, there are also different frames rendered per second. The videos are we watch are not in 60 frames per second. We know how pleasant it looks when we play at higher FPS in PC games. So you should try out some videos in the 60FPS. The videos look really awesome and give a total of different experiences. There are no 60FPS videos are produced normally because it just looks weird. If you want your favorite videos to convert videos to 60FPS you can do that easily now. Just getting a video and converting and watch just as simple as that. You can convert to 60FPS. Checkout below guide to know how to convert Videos to 60FPS.

What’s 60FPS and How To Convert?

Normally, we see movies in theatres or in our any streaming devices is lowered down FPS videos. As per the standards, the standard FPS is 24 frames per second. It’s not that 60FPS doesn’t look good but it kinda looks weirder but personal opinion it’s an awesome experience if you watch it on the big screen. There are way too many opinions about the refresh rates. Some say it’s just not the things which we should put efforts on, it just lowers video quality by image upscaling and with the Soap Opera effect. The Soap Opera effect is caused by motion interpolation there’s a lot of debate on this topic I’m gonna leave this for you to search on Google. Talking about another side of opinion, the survey says that people who watch the movies on a high refresh rate at least 3-4 times are not likely to watch the 24FPS standard videos anymore.

Okay So How It Can be done

One of the methods to convert videos to 60FPS is using the SVP software. So on their site, they have listed it like this, the frame interpolation which is available on the high-end TVs the SVP software uses the same technique. Basically, it increases the frame rates by generating intermediate frames between the existing ones which result in clear, fluid motion videos. So let’s see the method of Convert Videos to 60FPS.

1.) Firstly, Go to SVP Official Page. You can see the download button there download it according to your system that is Windows, Mac or Linux.

2.) After, downloading the file, install it. It will again download some required files so wait till it completes. Make sure you have selected the video player which you have installed on your PC. Like VLC, MPC player, etc. It will auto-detect just make sure it’s ticked during installation. 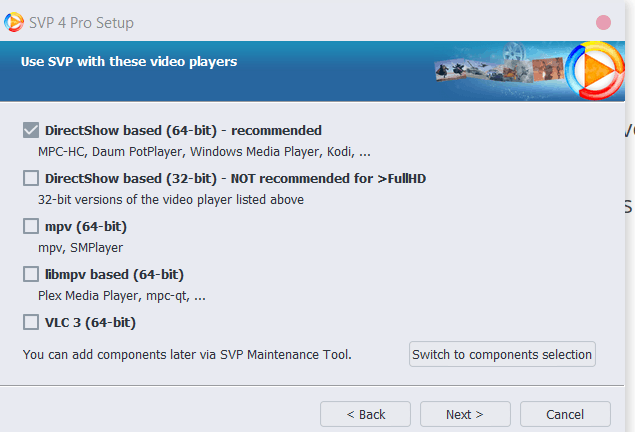 3.) When the downloads will be done it’ll take some more time to install. So be patient, it might ask you to install the video player keep an eye if it asks. 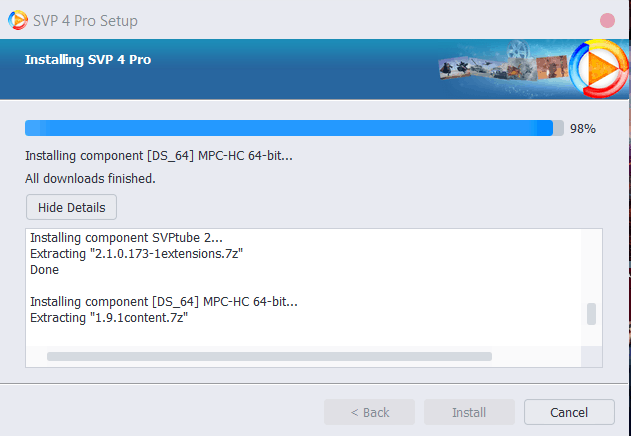 4.) So now we have installed SVP software. Now open it, the first screen will be activation of the product. Yeah, its a paid software but gives 30 days trial, fair right? If you don’t want to buy it now just click on ”I want to Evaluate” and activate the product, you’ll need to activate internet connection for activation. 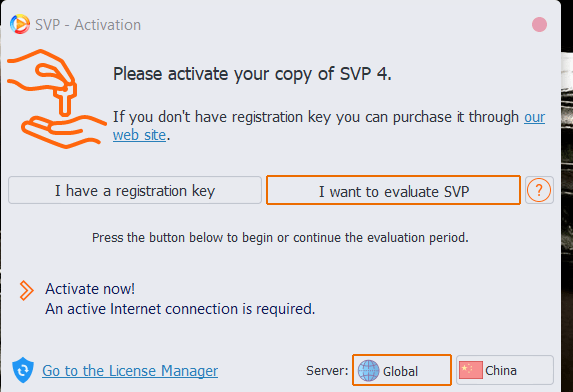 5.) Now it’s all done, the SVP control panel will open, go to the video profiles. Now just play any video in your PC’s media player, like MPC, VLC, KM player, etc. On the control panel, you can adjust the slider as per your preferences. 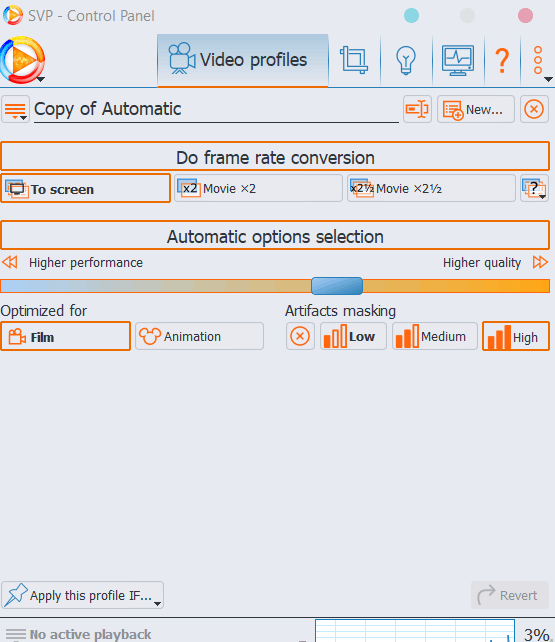 6.) The SVP will auto-detect the playback, and will convert video to 60FPS in real-time!! great right?

7.) You can check this below green text notification will appear, you will know that video is converted now to 60FPS.

8.) Done, now play any video while the SVP control panel is open and it will convert video to 60FPS without any issue.

The above method is useful when you want to play the offline videos. But what if you want to directly convert to 60FPS videos from YouTube or any other streaming site? So here’s how you can do that.

1.) First, open the SVP software. In the taskbar, you can see another icon along with the SVP control panel. Its a red play button, which is an SVPTube online video link extractor.

2.) Now play any youtube video, and copy the URL of the video.

3.) Click on the red play button in the taskbar. It will show you video of which you have copied the URL.

4.) On that small strip, there is an option to play the video. Just click on that Play icon and that’s its video will be played and converted to 60FPS simultaneously!!

So that’s how you play as well as convert videos to 60FPS in realtime. Please do share the post if you find it useful!! If you like the post don’t forget to share it!! Also, like our official Facebook page more instant updates and some spicy memes, of course, some of them from today will be on Apple for sure 😀 Join the telegram channel for getting updates directly to your phone!!