by nitya
in All In One, How To

Qualcomm innovated LTE 4G, CDMA, WCDMA, and other wireless devices. Ninety percent of Android phones use Qualcomm Snapdragon chipset because of their quality and innovation. Qualcomm Snapdragon, the only chipset provider 4G LTE, speeds up to 1gbps and Qualcomm first devolved 4G LTE chipset for smartphones. After Qualcomm Huawei Kirin and Samsung Exynos developed a 4G LTE chipset after that MediaTek also developed a 4G chipset. 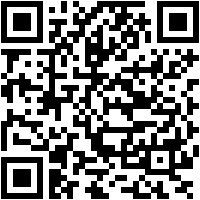 1. First Download and install the Network Signal Guru app from the play store on your android phone.

2. Turn on wifi and connect wifi network nearby you then Open the Network Signal Guru app and wait for complete download of the config file.

6. After locking the band reboot your device to work it properly.

Here are my speed test result and coverage after I lock 850 bands in Jio 4G network.