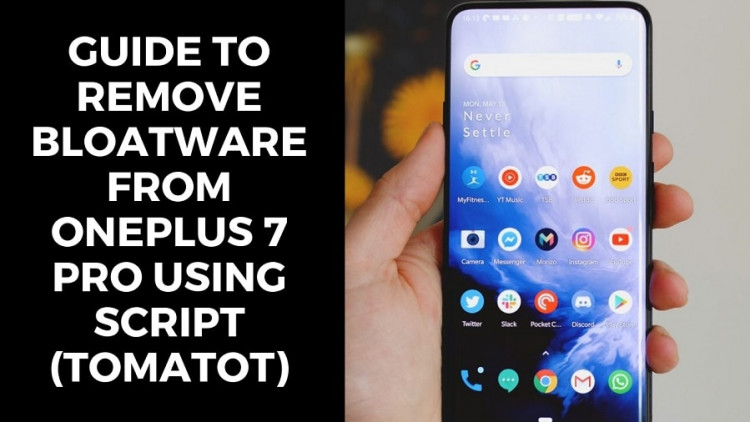 The OnePlus running on Oxygen OS is the most favourite OS among many users. Its close to stock Android along with some customizations make it even more better. But there are bloatware that are invisible though they are not much in number as other devices. But still if you want to remove those bloatware you can do now. You can save battery and reduce RAM usage by uninstalling the bloatware. So follow the post to, Remove Bloatware From OnePlus 7 Pro Using Script (Tomatot).

The scripts are Invisible, Light and Extreme scripts. So let’s get to know them one by one. They are developed by XDA developer TOMATOT all credits goes to him. Let;s know these 3 debloater scripts he made.

Light script removes the useless apps you may never use. These apps have better alternatives on play store also. So it will free up your RAM and removes its background activities.

As the name you can see it will disable the invisible apps you don’t even know they are on your OnePlus device. So there is no need to worry. Invisible script will disable those apps to restrict them to use device RAM and battery.

Check Out: Guide to Remove Bloatware On OnePlus 5 Running On Oxygen OS(Opens in a new browser tab)

As the name is extreme, it will remove every third party app installed. It will also remove some of Google Apps though you can install them later from play store. I suggest not to use this script unless you can full stock experience.

How To Remove Bloatware From OnePlus 7 Pro Using Script (Tomatot):