by Abhishek
in Downloads, UPDATES 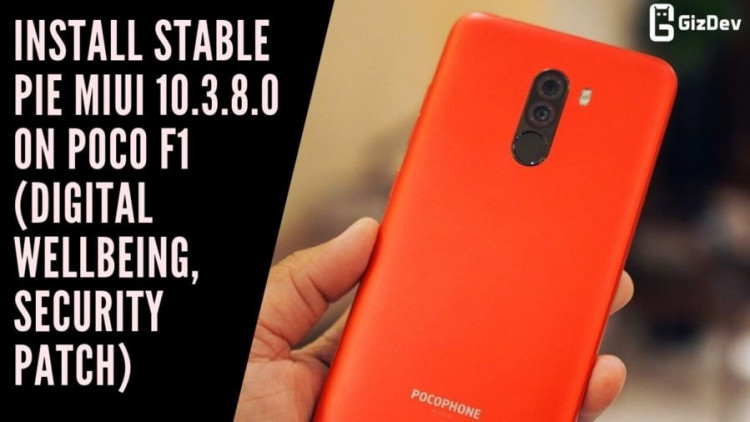 The all-new sub-brand of Chinese Giant mobile brand Xiaomi Poco has launched their first mobile. They named it as Xiaomi Poco F1. That weird name though but as you know all specifications of this smartphone and they are just crazy about the price. Poco F1 or PocoPhone F1 has redefined the mid-range smartphone competition. Just earlier Honor with Kirin 970 flagship processor was launched. Now Xiaomi Launched Poco with Snapdragon 845 processor at 20K (300$) price. Poco already said this device will get Android Pie and recent leaks revealed it will also get Android 10. MIUI 10 was on BETA since the device was launched. The latest Pie Stable update is available now!! You can check if you have received MIUI 10.3.8.0 On Poco F1 OTA update. Or you can follow the below steps. Check out the review of PocoPhone F1.

Recommended For You: How To Toggle System-Wide Dark Mode In Poco F1 Using ADB Tools

The latest security patch has been released in this update. The issue was the security of Quclpawn vulnerability detected on Snapdragon 845 and 855 processors. So it’s fixed in this update. Also, the Digital Well Being is now supported its located in the main settings menu. Some users also reported that the dark mode is now available officially.